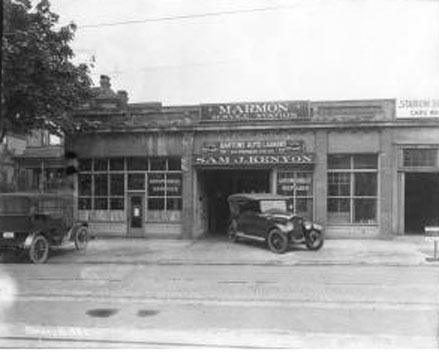 King’s Books is a community-oriented bookstore with 4500 square feet and approximately 100,000 books. We have an array of events weekly, from book clubs to author events, community gatherings to our annual letterpress festival. We opened on April 1, 2000 and have become the largest used and new independent bookstore in the Tacoma area. King’s Books is a proud member of the Stadium Historic District Business Association, the Pacific Northwest Booksellers Association (PNBA), and the American Booksellers Association (ABA).

King’s Books is owned by sweet pea Flaherty, who took over the bookstore from John Schoppert and Pat McDermott in 2010. sweet pea has been a bookseller since 2000, starting at McDermott Books and A Room of One's Own Feminist Bookstore in Madison, Wisconsin. sweet pea moved to Tacoma to work at King's Books in 2003.

photo of building circa 1919

END_OF_DOCUMENT_TOKEN_TO_BE_REPLACED

Store Hours King's Books is open for browsing daily from 11 am - 7 pm. Masks are required for all customers. Social distancing required.
Orders can be placed online or via email. We offer curbside pickup and also shipping.